Today I am trying to work on my art for the upcoming elements art show
i selected germanium because at first i misread it and thought it said geranium… and then i was all ‘hello, germany!’ which i love of course… but now i’m doing some research and its kind of a rock n roll element so… not sure how that will play in to my final piece, i guess i’ll just see where inspiration takes me!
I did read this blurb which is interesting:
“Germanium was used extensively in electronic component production the 1950s and ’60s, but was abandoned in favor of silicon components, which boasted superior performance, consistency, and value. Today no one cares about rare and finicky germanium components except certain audio geeks — especially the ones who play guitars.“
rare, finicky, and geek all in one sentence? yes i chose the right element for me.
also, apparently it has super healing powers (insert healthy skepticism here)
when worn in a magnetic bracelet it has the power to (and i quote): increase body immunity function     adjust blood pressure,blood fat,blood sugar and some physiological function      cure cancer  Anti-aging function  Resist cancerigenic factor   Cure various disease and health care function
also, Germanium can be used as an x-ray lens, because even though it’s opaque to visible light, it transmits and can focus x-rays.
Germanium was discovered in 1886 by Clemens Winkler who named it after his country, Germany.

And that is our science lesson today! 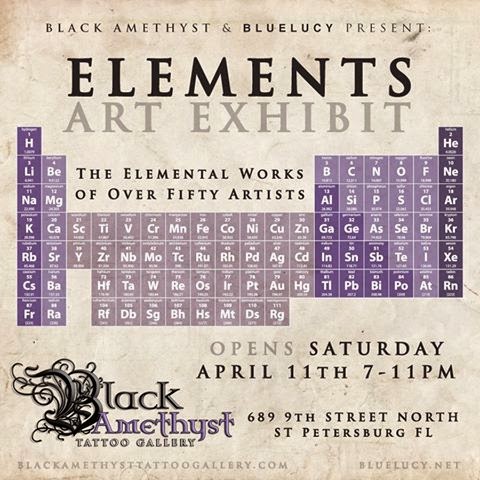 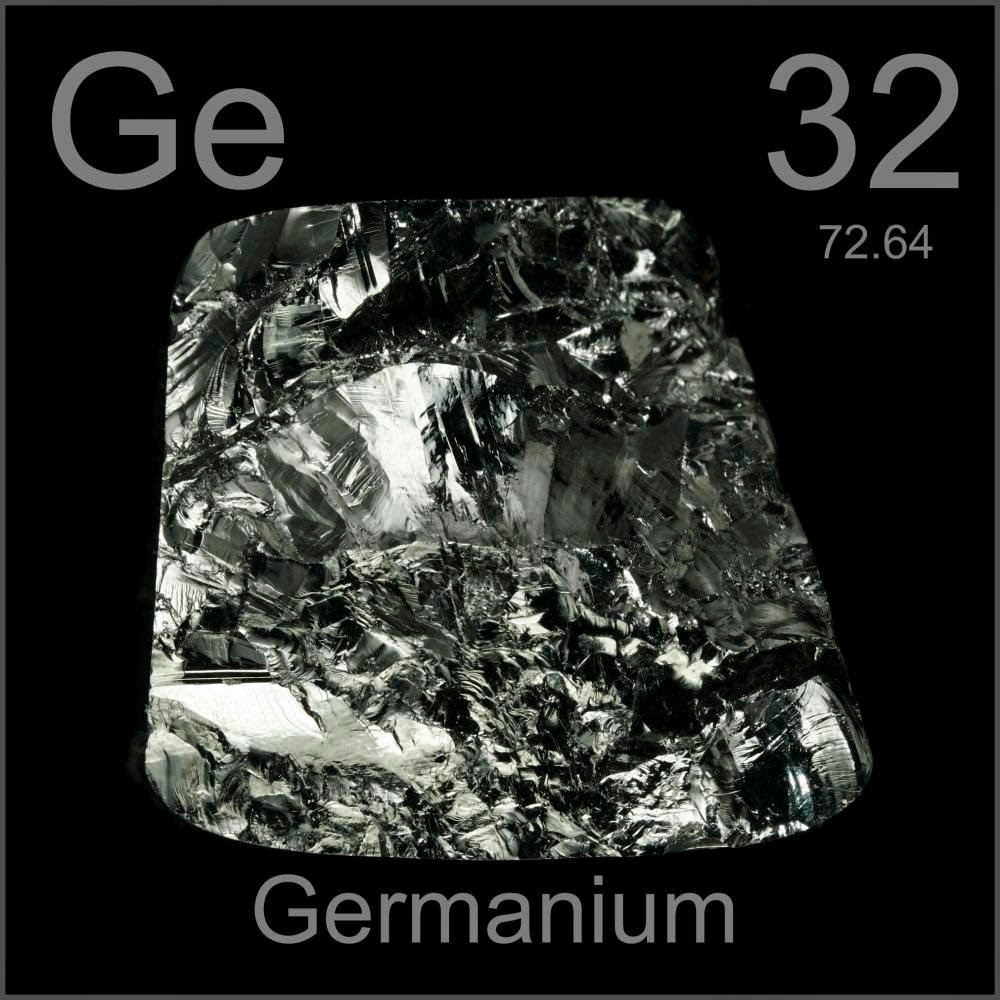 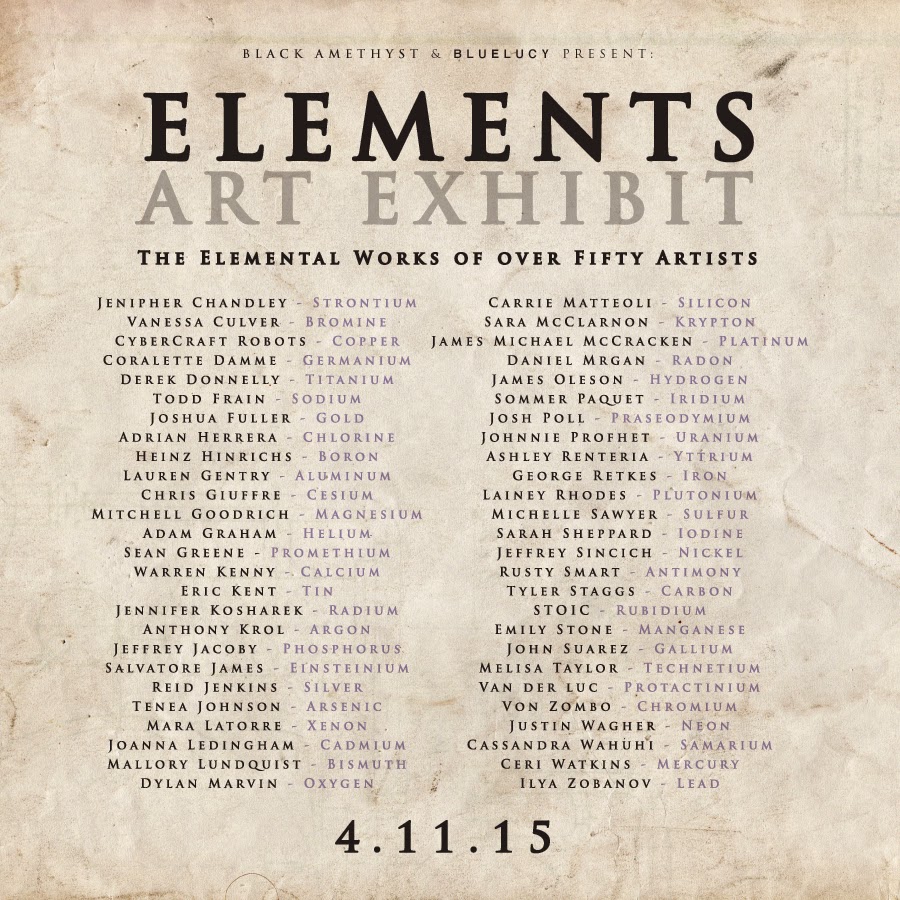 Posted by Coralette the Crafty Hag at 11:15 AM No comments: 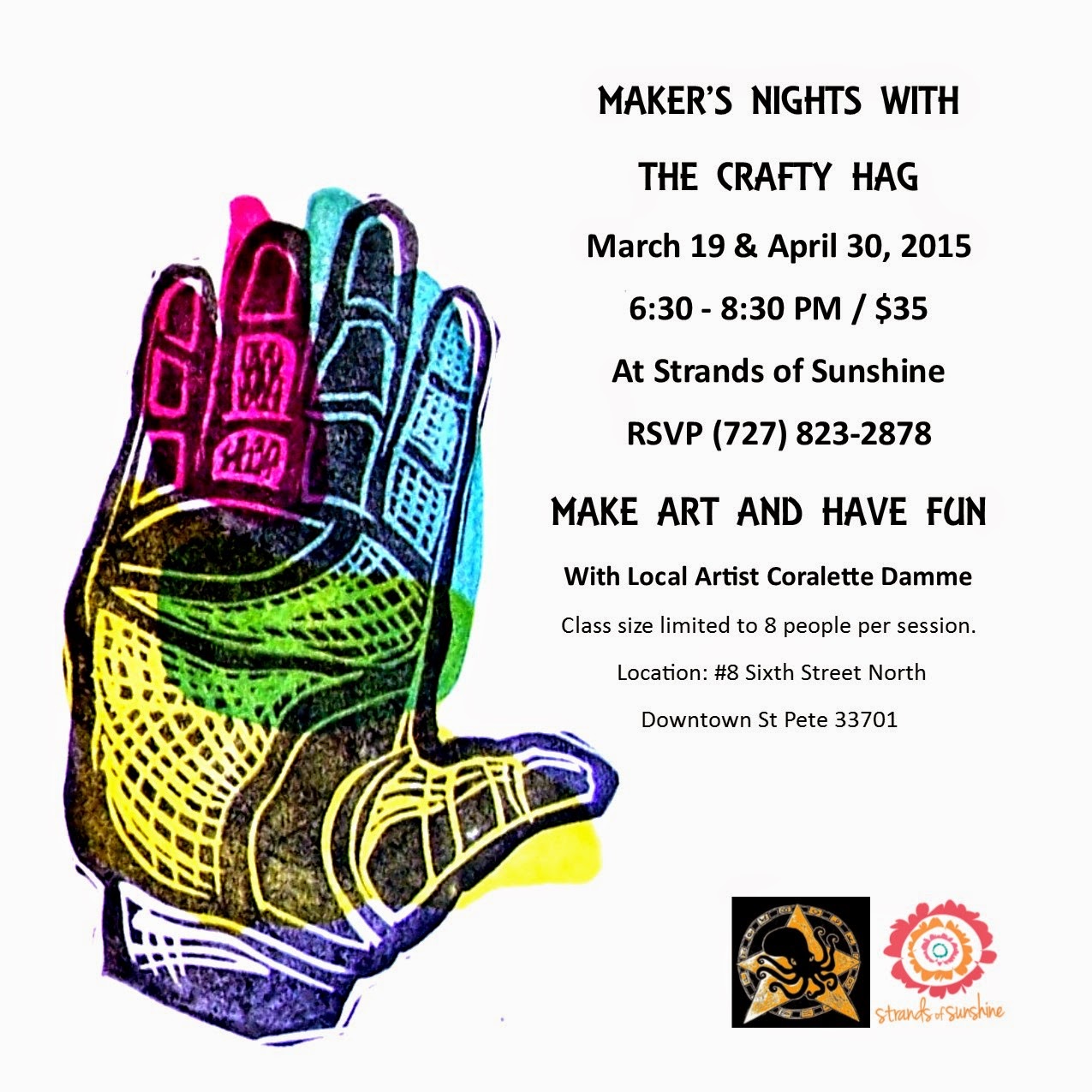 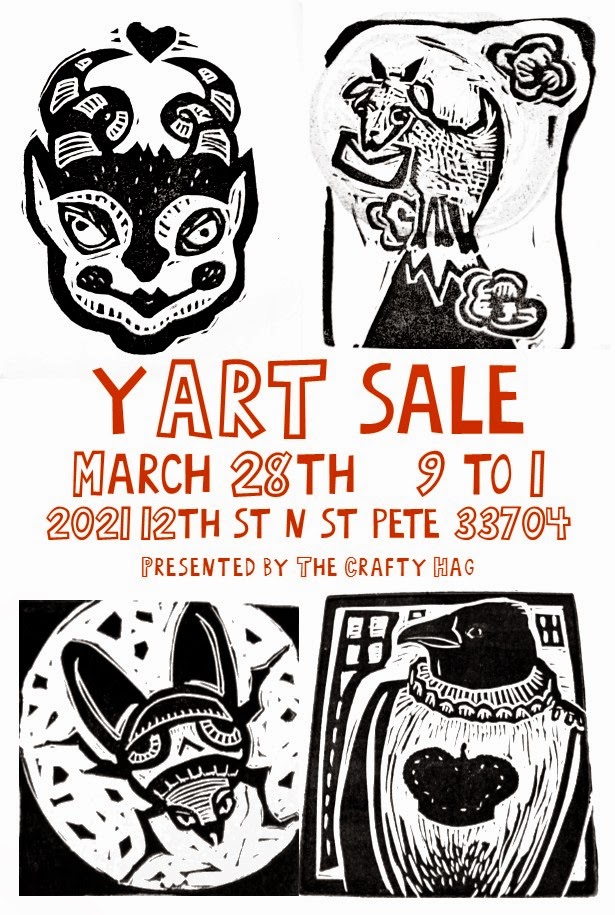 Posted by Coralette the Crafty Hag at 1:16 PM No comments: 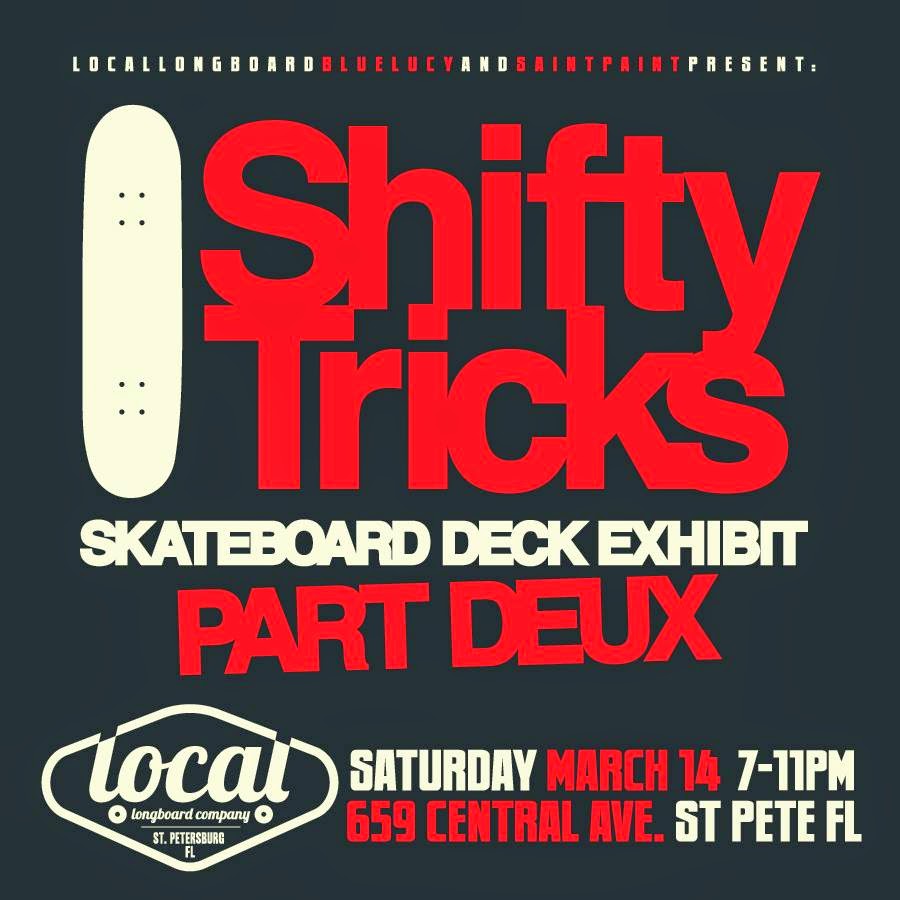 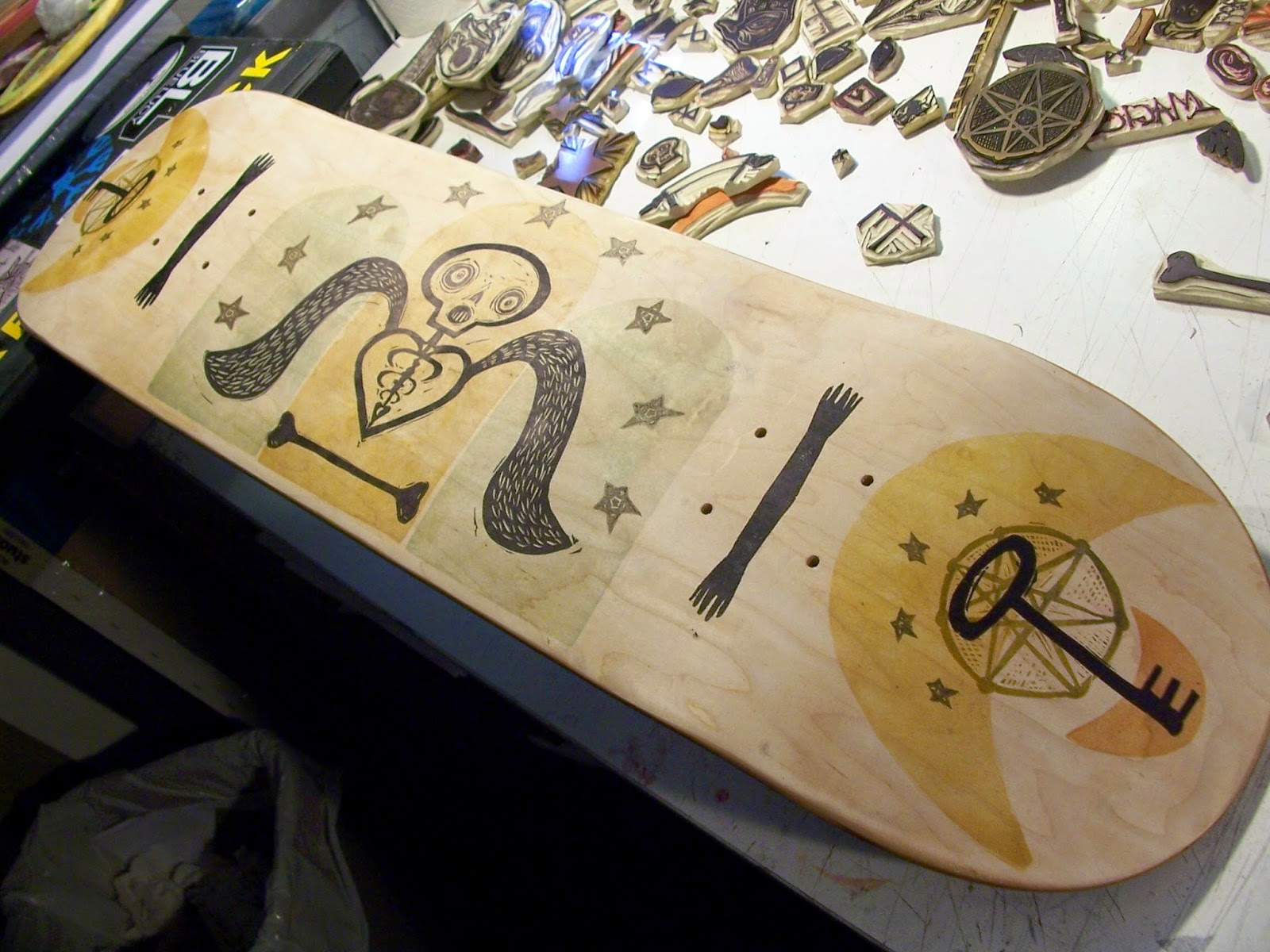 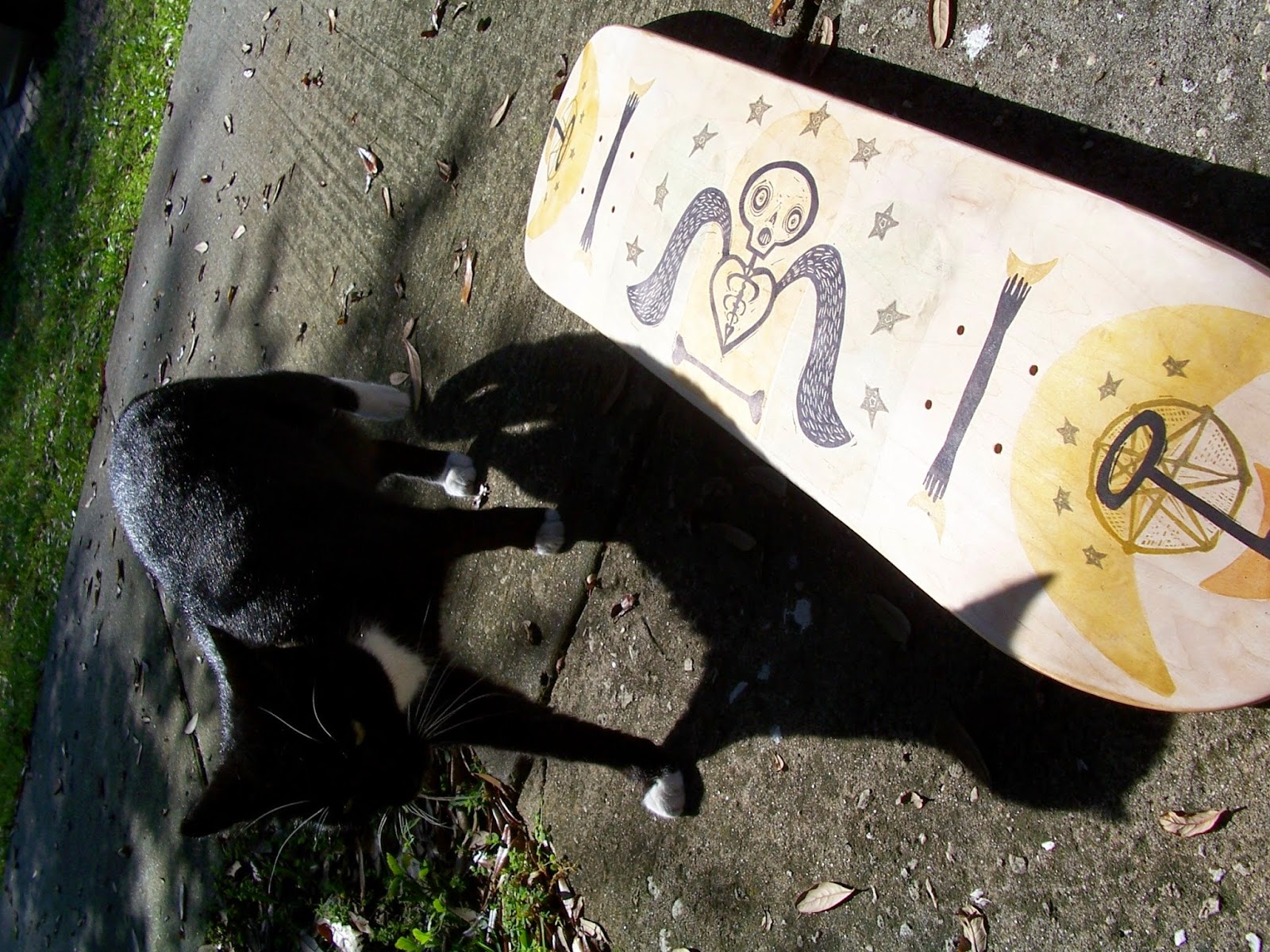 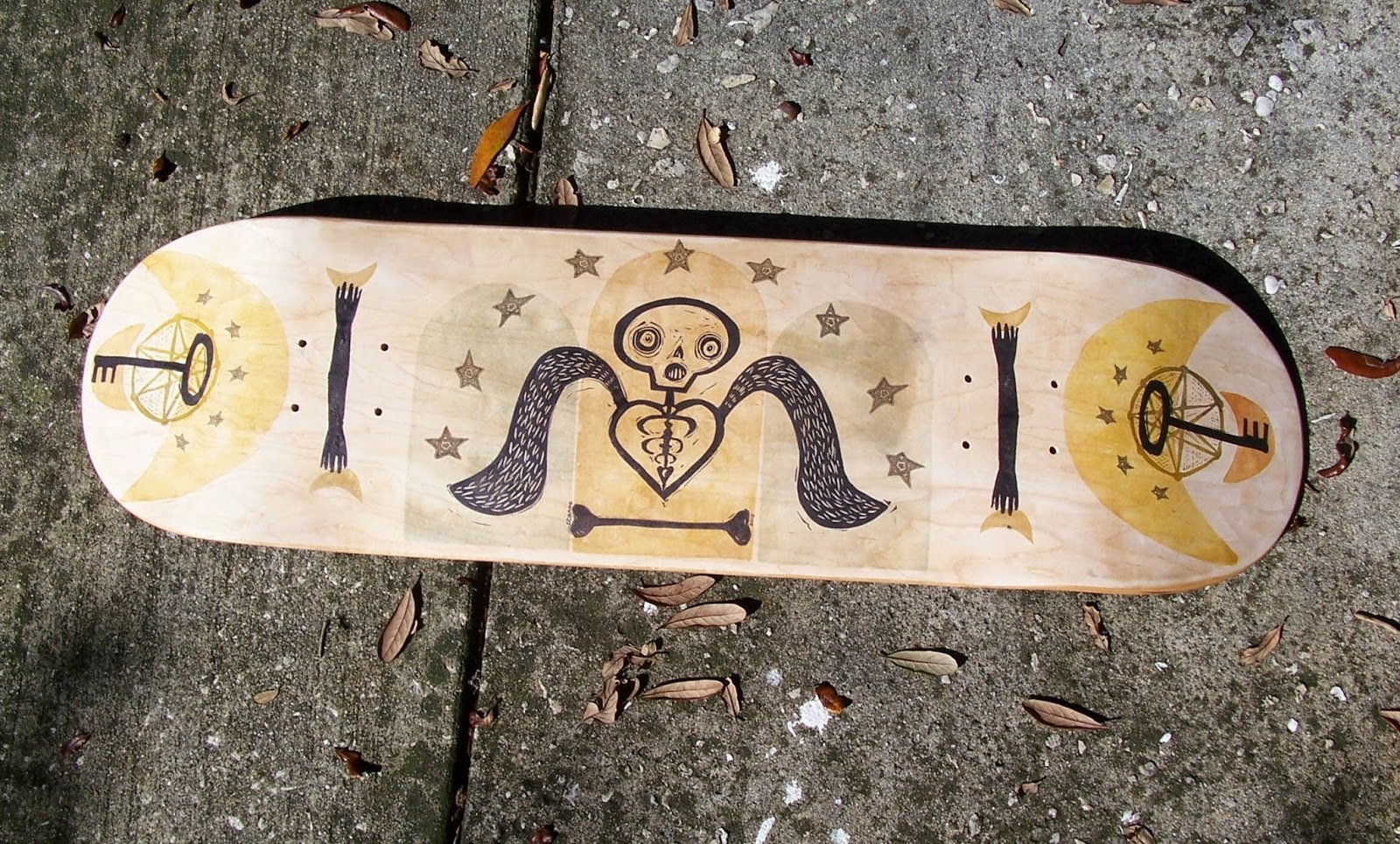 my second skate deck for part deux of the shifty tricks show
Posted by Coralette the Crafty Hag at 1:18 PM No comments:

inspiration can come from anything even pie or math puns 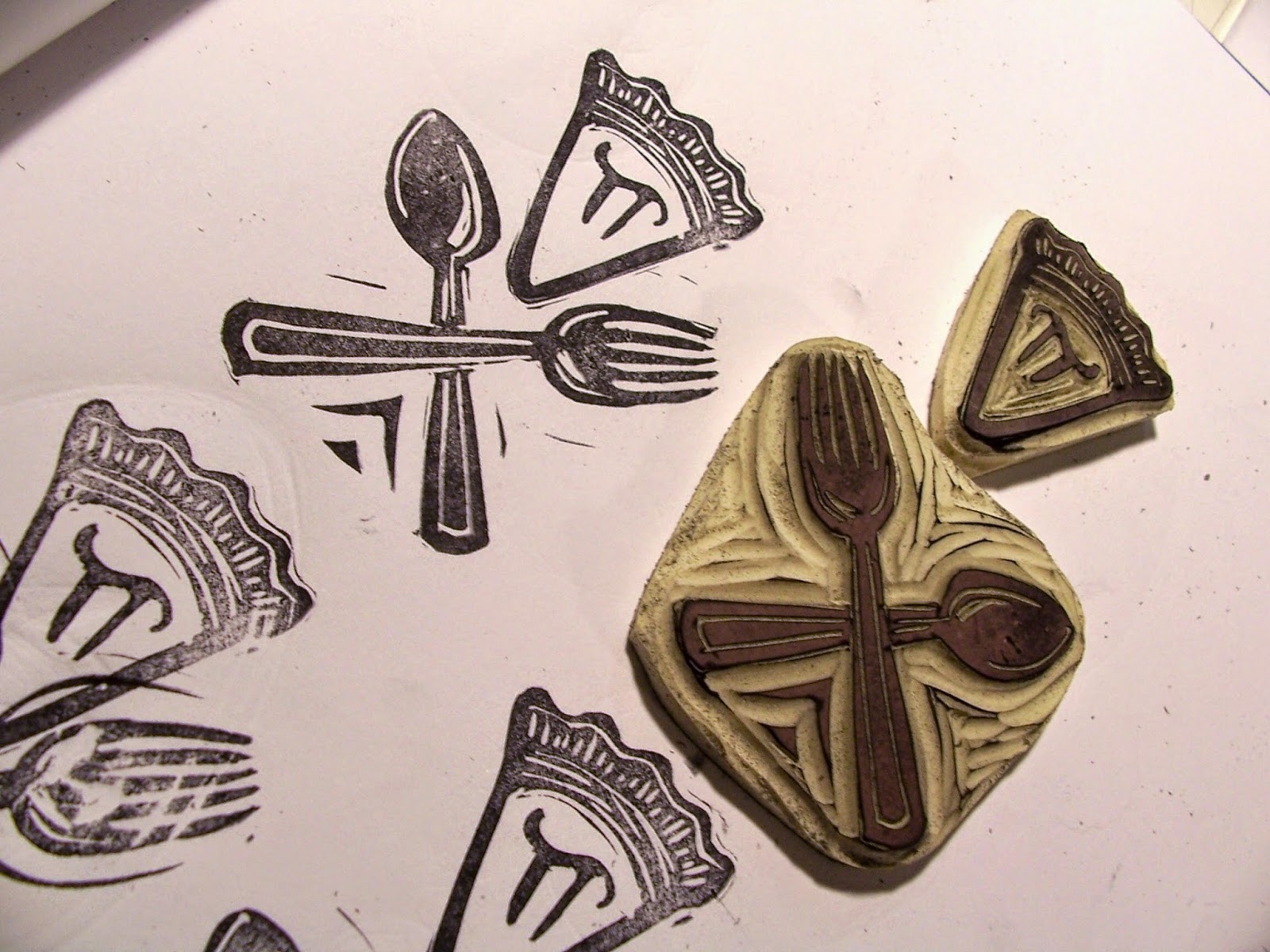 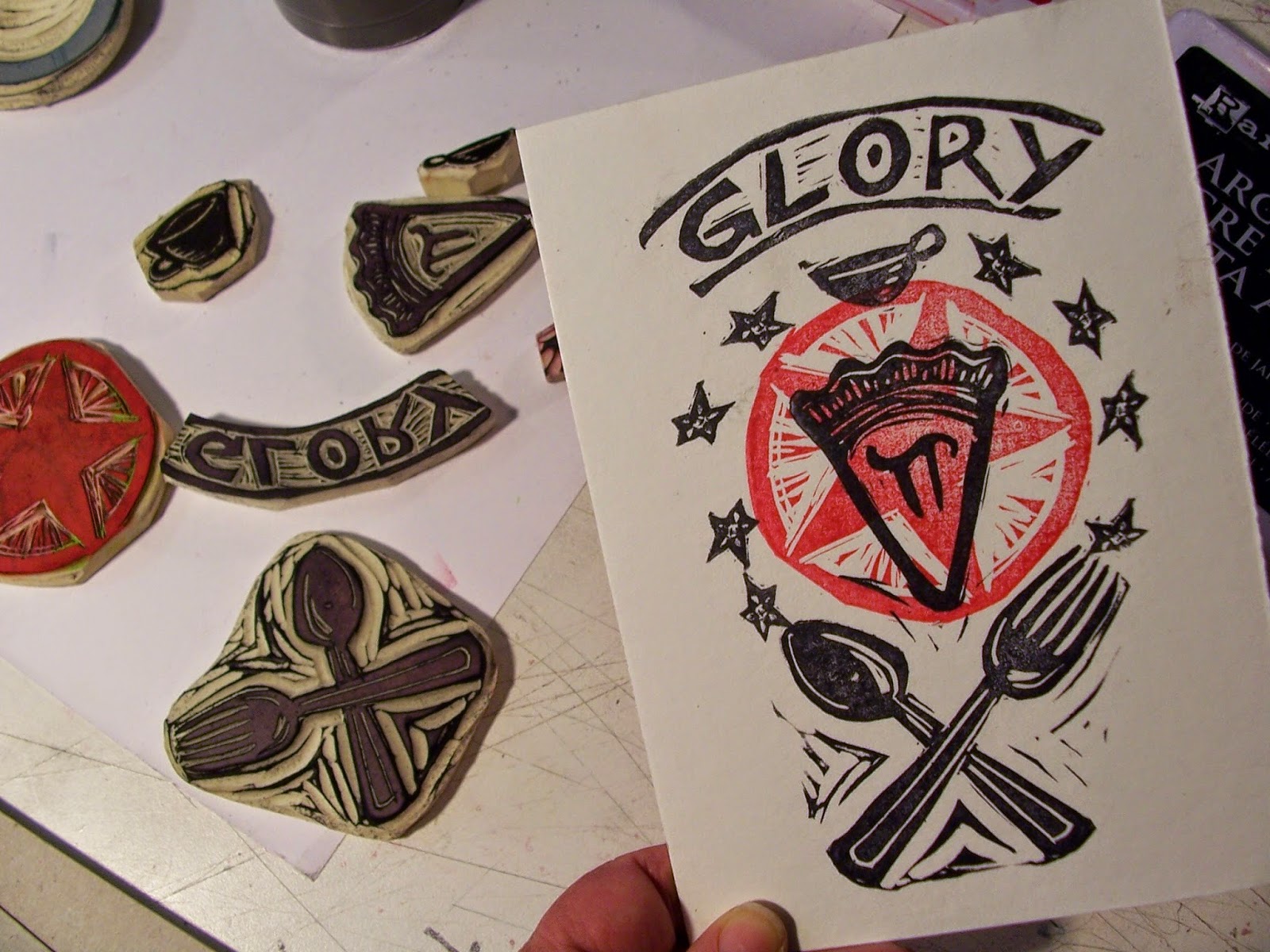 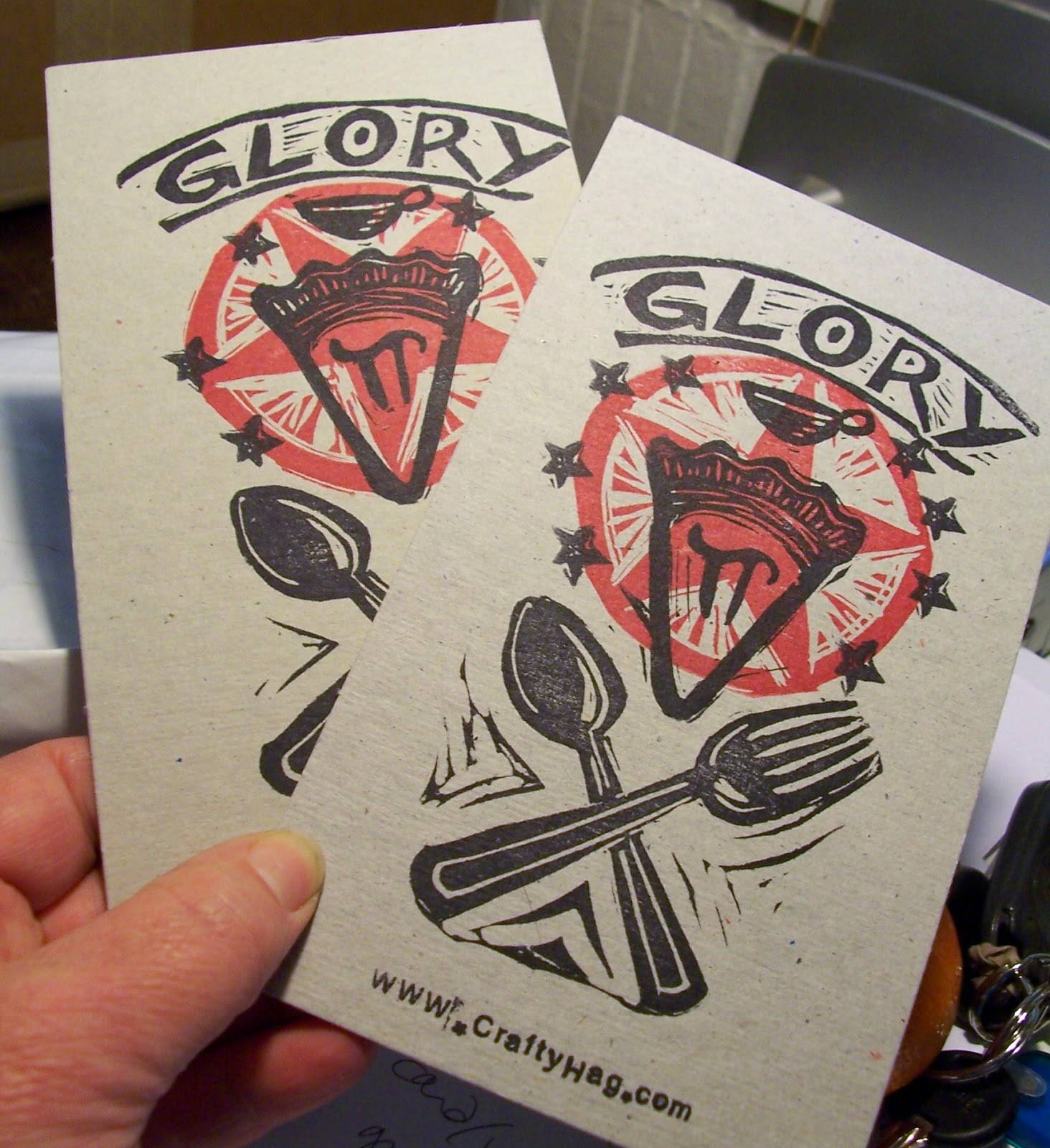 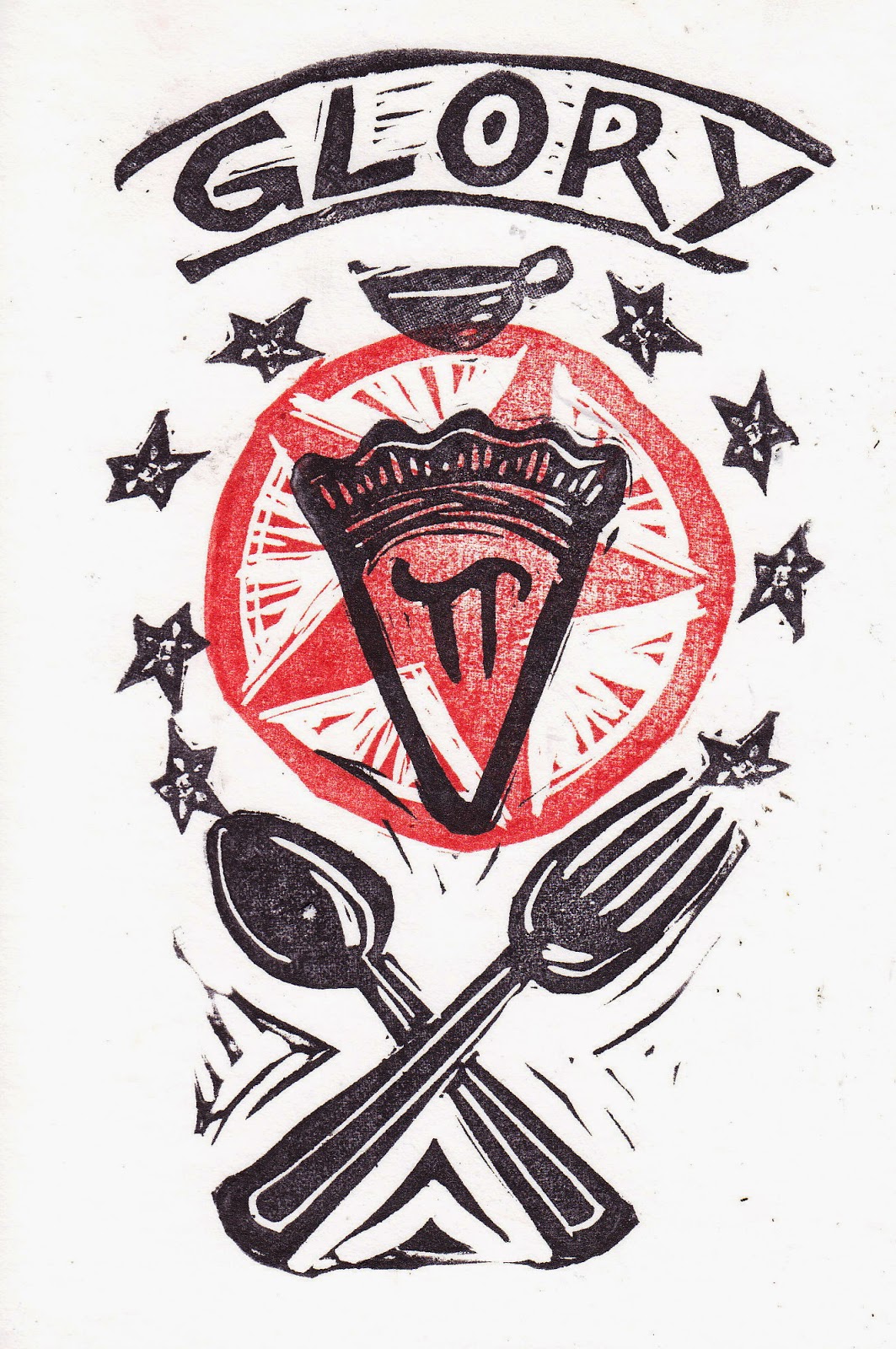 while pondering what to create for my monthly free art friday distribution i thought originally i would do something st patrick's day themed since the date will be 3/13 but then i thought wait a minute... 3/14 is national pie day (because of the 3.14 pun on pi) so then this happened...  it is a process, sketching out ideas what do i think about pie--and i struggled to make the food look right so i went instead to the fork then suddenly there was a crest exalting the glory of pie... and i looked happily on what i had made and thought yes indeed this is good.  can't wait to share a slice with folks!
Posted by Coralette the Crafty Hag at 12:04 PM No comments:

Coralette the Crafty Hag
The Crafty Hag is an artist with Midwestern roots, formerly located in St. Petersburg, FL but recently returned to familiar turf in St. Paul, MN. Her work is primarily focused on linoleum block printmaking techniques. The Crafty Hag doesn't believe in limiting yourself to one type of creativity! She lets her sense of wonder be her guide. Artistically her affinities lie with the German Expressionist movement combined with a touch of Dada.